To start a Django project you must use the django-admin executable that comes with Django. After you install Django, this executable should be accessible from any directory on your system (e.g. installed under /usr/bin/,/usr/local/bin/ or the /bin/ directory of a virtualenv).

If you inspect the directory layout, you'll notice there are two directories with the <project_name> value. The top level Django project directory is referred to as the BASE_DIR, which includes the manage.py file and the other sub-directory based on the project name. I will refer to the second level sub-directory -- which includes the asgi.py, __init__.py, settings.py, urls.py and wsgi.py files -- as the PROJECT_DIR. Next, I'll describe the purpose of each file in listing 1-15.

Tip Rename a project's BASE_DIR. Having two nested directories with the same name in a Django project can lead to confusion, especially if you deal with Python package import issues. To save yourself trouble, I recommend you rename the BASE_DIR to something different than the project name (e.g. rename, capitalize or shorten the name to make it different than the PROJECT_DIR).

As illustrated in listing 1-16, the command python manage.py runserver starts a development web server on http://127.0.0.1:8000/ -- which is the local address on your system. Don't worry about the 'unapplied migration(s)' message for the moment, I'll address it in the upcoming section on setting up a database for a Django project. Next, if you open a browser and point it to the address http://127.0.0.1:8000/ you should see the default home page for a Django project illustrated in figure 1-3. 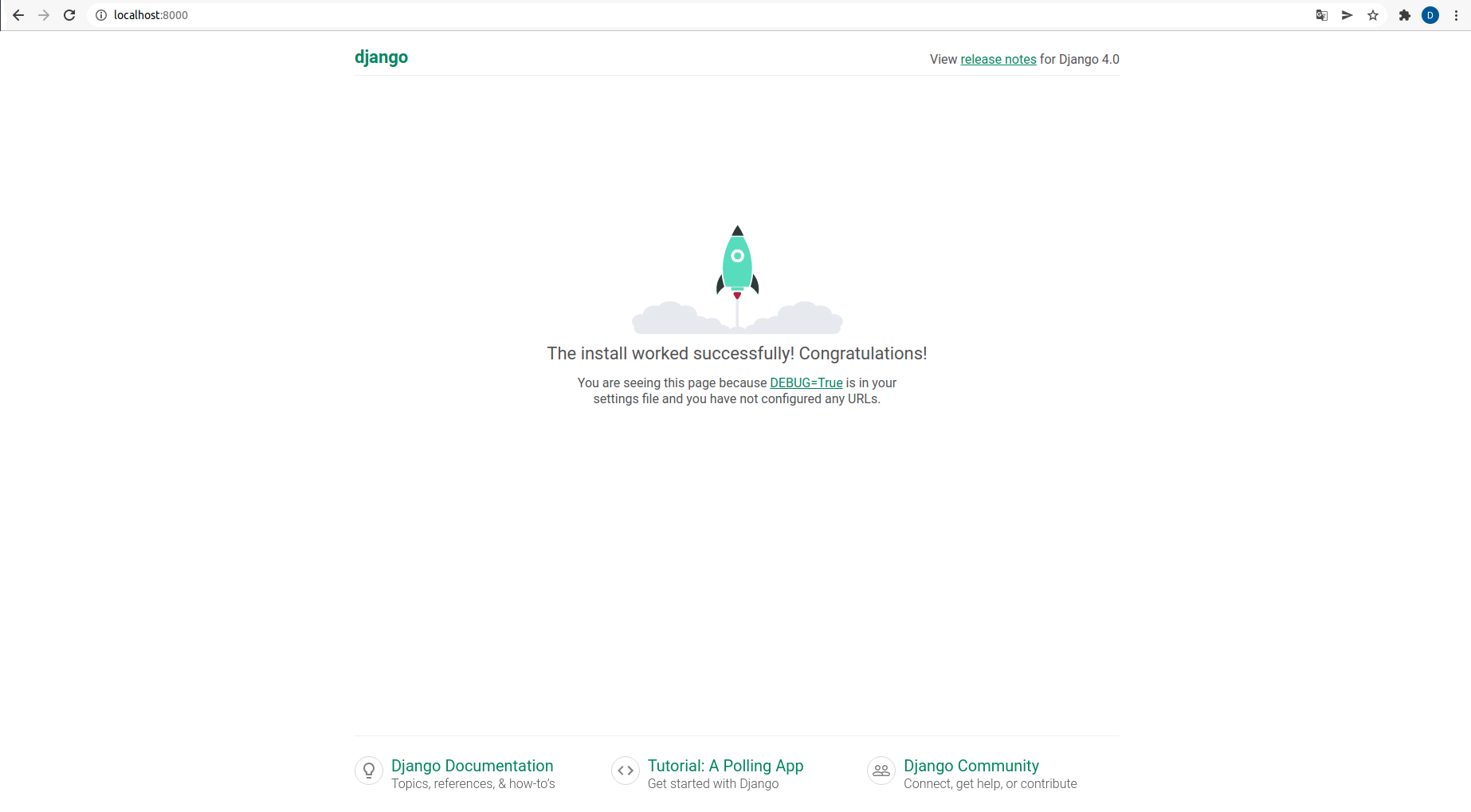 Sometimes it's convenient to alter the default address and port for Django's development web server. This can be due to the default port being busy by another service or the need to bind the web server to a non-local address so someone on a remote machine can view the development server. This is easily achieved by appending either the port or full address:port string to the python manage.py runserver command, as shown in the various examples in listing 1-17.